Top
Grab your free resources for writers + creatives →
Join the library!
This post contains affiliate links meaning I may earn a small commission (at no extra cost to you) if you use them to make a purchase.

Writing a fairy tale retelling is the original fan fiction. The universal themes of fairy tales and the imaginative manifestations of them have continued to inspire countless works of art for thousands of years.

To this day, fairy tale retellings are a popular genre in books and film. It’s one of my personal favorites (I am a Disney fan, after all) and given how long the classic fairy tales have endured, they don’t seem to be going anywhere any time soon.

If you want to write one of your own, you may be thinking (given how many fairy tale retellings exist and how long the original source material has been around), what the hell can there possibly be left to do? How could there be any originality left?

The truth is, every story out there is inspired by something else. What makes something unique is the perspective through which it’s told and the fresh way a mixture of elements we know and love have been put together. That’s what is at the heart of any great fairy tale retelling (and great art in general).

How to Make a Fairy Tale Retelling Unique

Dive into the source material

Before you can really sink your teeth into a retelling and start playing with the story, you need to get familiar with your source material. The more you understand the original work, the more you have to pull from when you start writing your own version.

GET TO KNOW THE ORIGINAL STORY

We all know the most popular fairy tales well because we’ve been told them so many times in a variety of ways. However, the original stories are often very different from the retellings we know, such as the Disney versions.

The original stories were penned centuries (in some cases, even thousands of years) ago, so there are a lot of things you’ll probably want to leave behind that are badly dated ─ elements like misogyny, racism, and inappropriate relationships run rampant in old fairy tales. There are many other interesting story details, though, that you can pick up from the original text that can make your retelling richer and more layered.

Every writer interprets things differently. You never know what detail could spark your imagination and turn out to be something few others have used, so definitely take the time to read the original works. You can find pretty much all of the classic fairy tales for free online since they’re in the public domain (meaning the original copyright has expired).

What makes fairy tales timeless and so pervasive in every culture are the underlying themes that we all relate to. They’re the truths that we connect with and instantly recognize on a deeper level.

They explore topics like transformation, self-discovery, justice, judgment, class, and of course, love. Many of us can relate to Rapunzel’s loneliness, the Little Mermaid’s desire for adventure, and Cinderella’s aching for love. We’re inspired by their will, spirit, and perseverance as they face challenges and ultimately overcome them on their journey to finding true love and happiness.

These are deeply human feelings and experiences, which is why they resonate with people of all generations and backgrounds. Fairy tales (and the best stories in general) make us examine these truths and help us understand them more deeply.

When writing a fairy tale retelling, look for the core of the story that you’re putting a spin on. What human experience is at the heart of it? As long as you have this, you can get as creative as you want with the rest of it.

Learn more about how to write compelling characters that pull you into the story (including an in-depth character questionnaire) here.

TAKE NOTE OF YOUR FAVORITE ELEMENTS

Besides the theme, what else do you love about the fairy tale you want to retell? Take some time to examine the story and take notes on what draws you to it over and over again.

If it’s the love story, what is it specifically about the love story that captures your heart more than others? The dynamic between the characters? A particular trope (like forbidden love, friends to enemies, etc)?

Keep pulling back the layers. The more you understand what you’re drawn to about this particular fairy tale, the more creative license you’ll be able to take because you’ll know what needs to stay the same to maintain the core of the story and what you can play with to make it unique.

Knowing the expectations of a genre is key to crafting a satisfying story for lovers of that genre. You can still get creative with those elements and even mix it with other genres (like the sci-fi retelling of Cinderella, Cinder by Marissa Meyer), but having a firm grasp on the elements that draw people to retelling after retelling will give you a strong foundation to start from.

If you love fairy tale retellings (I’m going to go out on a limb here and assume that you do since you’re in this post), this will be pretty easy. It’s just about clearly identifying those elements that you respond to.

LOOK AT WHAT’S ALREADY OUT THERE

Take some time to go through the books currently available in the fairytale retellings genre to see how other people are playing with these stories and what the common threads are. Some places to check are:

What is missing? What hasn’t been done that you would love to read? Just one twist on the story can be the starting point for something completely fresh and intriguing.

In all of the fairy tale retellings you’ve read and watched, what were your favorite things about them? What did you love about the characters, the scenes, the plots, the dialogue? What inspired you and pulled you into the story?

All of these answers could be the first spark and building blocks to your own unique retelling.

READ REVIEWS FROM OTHER READERS

Take a peek at the reviews for some of the most popular fairy tale retellings. What did other readers like and dislike about them? You’ll learn a lot about genre expectations here, as well as expectations for each individual fairy tale, and pick up a lot of valuable information you can use when crafting your own. Take notes as you go.

This will help you identify those elements I mentioned earlier. Again, you also never know what could spark your imagination; something someone says they “wishes” had been different in the story or that they never see in fairy tale retellings could be the impetus for a whole new story idea.

Keep in mind, writing is completely subjective, so just because someone else likes or doesn’t like something doesn’t mean you can’t tell the story you want to tell. This is just a way to get different perspectives on the genre and individual fairy tales to get your own creative juices flowing.

Play with the structure

There is no rule that you have to follow the fairy tale from start to finish exactly as it was originally told. You can extract what you want from it (the themes, the characters, iconic elements like Snow White’s poisoned red apple) and use them as ingredients for your own original recipe. You get to decide what to use and what not to.

TAKE LIBERTIES WITH THE PLOT

Following the original plot (or the most popular adaptation of it) too closely can get boring and predictable because your readers will know what’s coming. This offers a great opportunity to subvert expectations with unexpected twists on them.

Neil Gaiman took a lot of liberties with his dark, horror twist on Snow White, Snow, Glass, Apples, in which Snow White is a vampiric villain and her stepmother, the not-so-evil queen, is the protagonist attempting to protect the kingdom from her blood-thirsty stepdaughter. Many of the story’s original elements are present in Gaiman’s retelling, including some of the key plot points, but he’s twisted it so that everything is off-kilter.

Want more insight into Neil Gaiman’s process for creating dark fairy tales? Check out my review on his MasterClass and some of my favorite advice from the class.

PUT A TWIST ON THINGS

Besides playing with the plot, there are a lot of other ways to put a twist on a fairy tale. To make it really unique, combine multiple twists. Mix up your own fairy tale retelling cocktail.

The only limit on writing a fairy tale retelling is that of your own imagination. Let your creativity run wild. 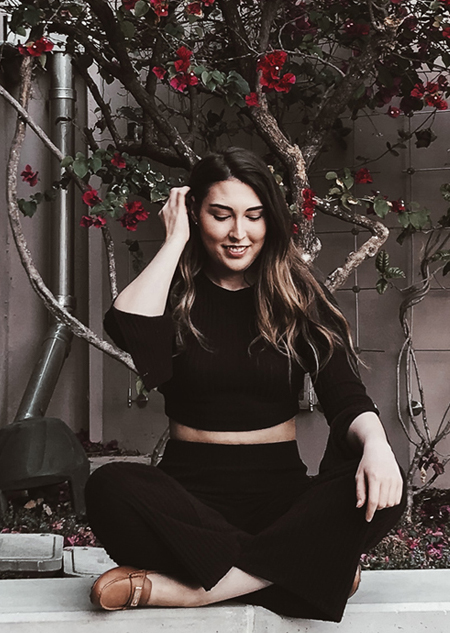 I write fantasy/romance fiction and help creatives navigate the challenges of chasing their dreams. On my blog, you’ll find advice on writing, overcoming creative blocks, and building a life around what you love. 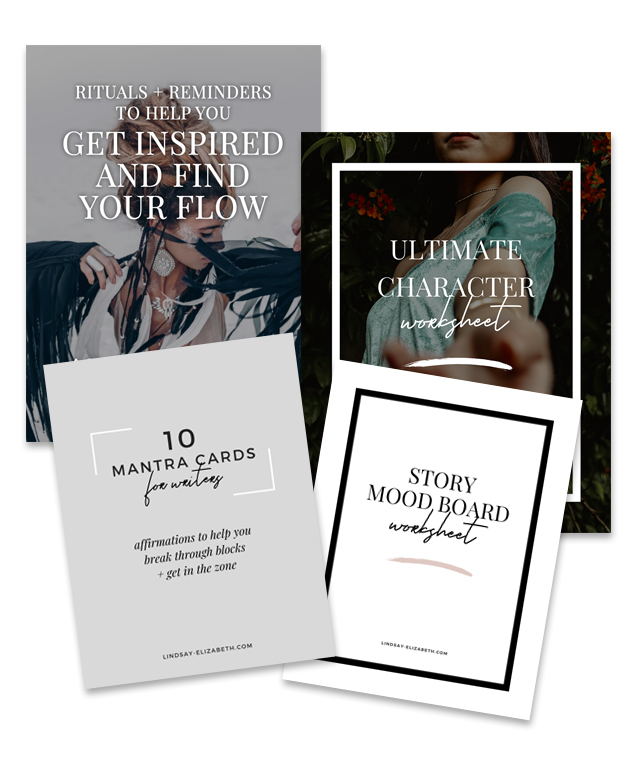 Inspiring printables for readers, writers, and creatives to help you stay organized and bring your dreams to life.
EXPLORE THE STORE

I’m Lindsay, an author and creative living blogger. I'm sharing advice on writing, tackling creative blocks, and building a life around what you love.

Writing a novel is not an overnight project unless

We're officially a week into October, so today I d

I'm late to the party on two Instagram challenges

I’m very excited to announce that my shop for re

Since I'm deep in the guts of my first draft, toda

Today's #septemberauthorwipchallenge prompt is to